Darcy Thomas and Raymond Van Hoecke are engineers; they build and maintain Passageways products. But to the kids at the West Lafayette Cornerstone Autism Center, Ray is Santa Claus and Darcy is one of his elves.

Each year, Cornerstone Autism Center celebrates the holiday season with songs, crafts, and a visit from Santa Claus himself. Typically, the parts of Santa and his helpers are played by Cornerstone staff members, but in winter 2016, Raymond and Darcy stepped into the roles as volunteers. So they strapped on some big red shoes, put on ruby and emerald coats, and brought cheer to children.

Thanks to Passageways’ Pledge 1% initiative, they were able to volunteer with the center during a work day. “Instead of having to find more time outside of work, Passageways allowed me to combine my time with them and give it to the kids,” Darcy remembers. “It worked out for the best since the event is during work hours.”

“It was really magical to have somebody else play the roles,” says Cornerstone Marketing Coordinator Morgan McClellan. McClellan has worked at the center for five years and has enjoyed the event each year. “They brought a lot of energy. The kids really enjoyed it and they made it really fun for them.”

For many children, sitting on Santa’s lap and telling him what he or she wants for Christmas is one of the most magical parts of the holiday season. However, the crowds of people and loud music at the mall can often be overwhelming for a child with autism. By having an in-house Santa, Cornerstone eliminates the stress, instead giving the children a safe and familiar space to meet Santa. The traditional mall Santa experience can feel rushed because of long lines and time restrictions, but at Cornerstone, children can take their time getting to know Santa. Often, their therapist or parents will accompany them, so the children are surrounded by people who know and understand their needs.

“They get to have a little extra time with Santa if they need it. They don’t have to do the same thing as every other kid,” says McClellan of the center’s flexible and comfortable approach to the holiday.

“There was one kid who was super shy and quiet,” Darcy recalls. “She sat down on Ray’s lap but did not say anything for the longest time. When she felt ready to leave, she said ‘I love you Santa, you’re awesome!’ To see pure joy on her face was indescribable.” 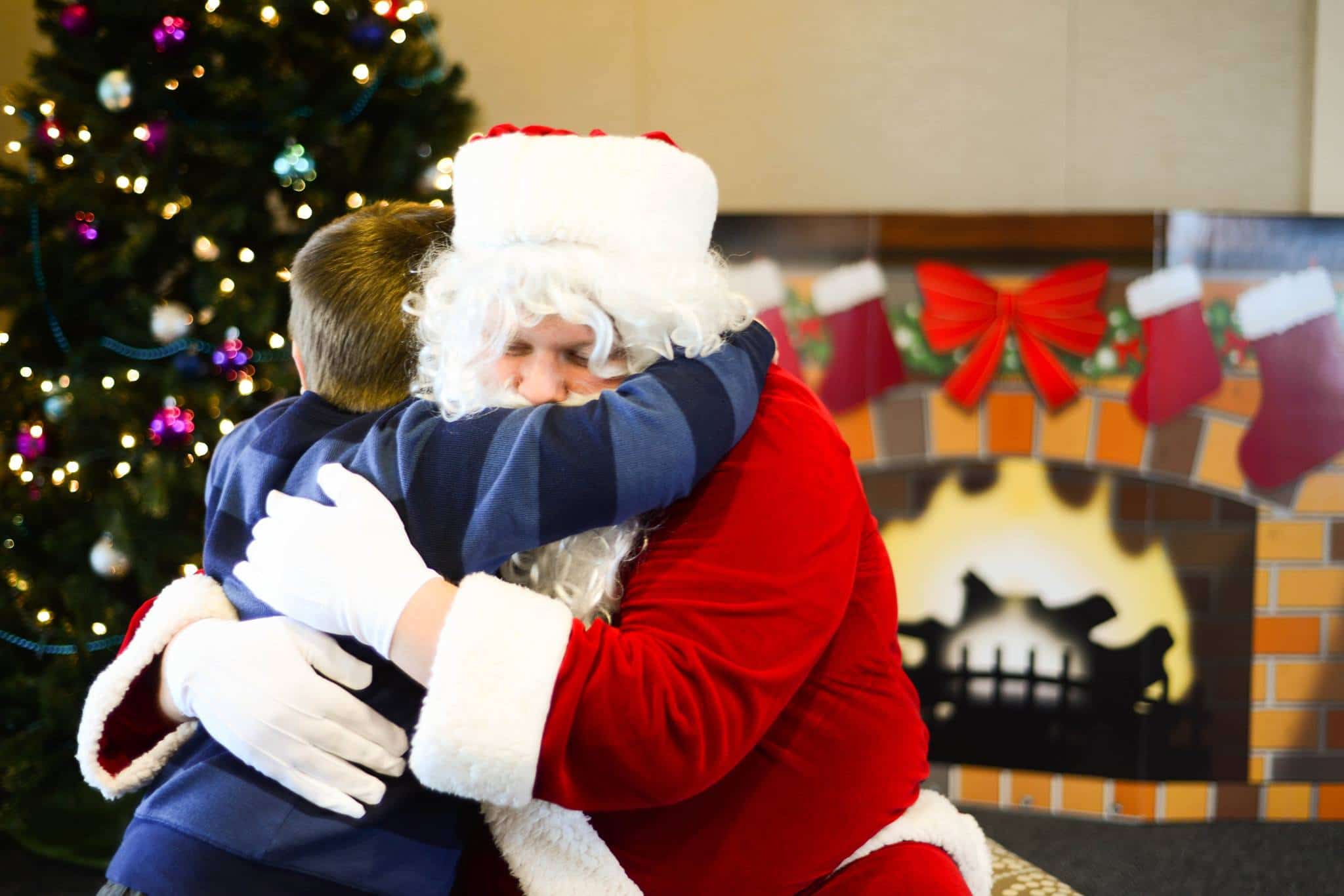 Through the years Pathfinders to clocked in more than 1000 hours of community service, helping to create a stronger, more vibrant, community.

Cornerstone Autism Center is a day treatment clinic for children with autism. The center offers individualized therapy and training and support for family members. Since the center’s founding in April of 2010, it has opened three other locations in Northwest Indiana and has helped and served many families. Interested in volunteering? Visit their website at cornerstoneautismcenter.com.

Stay Up to Date

Get the latest news, productivity tips, events, OnBoard updates, and more.