Founded in 1907, Brookings Health System is a non-profit, city-owned health system that includes a 49-bed hospital, a 79-bed nursing home, senior living apartments, and three rural clinics. It is located in Brookings, a rural community in eastern South Dakota and the state’s fourth-largest city.

With a mission “to provide high quality, compassionate, personalized health care,” the health system staff are always looking for ways to be more productive and efficient. That includes the work of its nine-member Board of Trustees, which maintains overall governance responsibility for the facilities.

At the heart of all this is Sheri Wiig, Administrative Assistant to Brookings Health System’s President and CEO, Jason Merkley. Serving as a go-between for the various departments that report to her boss, Sheri coordinates prep work for the board meetings, making sure everything runs smoothly and efficiently. Having been with the organization for seven years, Sheri can still remember the days when pre-meeting preparation meant a labor-intensive process and paper.

A lot of paper.

“I would have to print out 16 packets and have one of our couriers take the time to drive around town and hand-deliver each one,” Sheri recalls. “The packets were anywhere from 50 to 75 pages each and we were meeting monthly. It would often take me a full day to get everything prepared,”

Eventually, Sheri left paper behind and moved to Adobe Document Cloud, a service from Adobe to store and share PDF files. But even this proved to be a problematic solution, with board members having to download large, cumbersome files that were difficult to manage. Sheri and Jason both knew they needed a more formal system. Enter OnBoard.

OnBoard brought a modern technology upgrade to the century-old health system. By implementing the platform, Sheri was able to resolve several challenges, including:

“I would have to print out 16 packets and have one of our couriers take the time to drive around town and hand-deliver each one. The packets were anywhere from 50 to 75 pages each and we were meeting monthly. It would often take me a full day to get everything prepared.”
– Sheri Wiig
Administrative Assistant, Brookings Health System 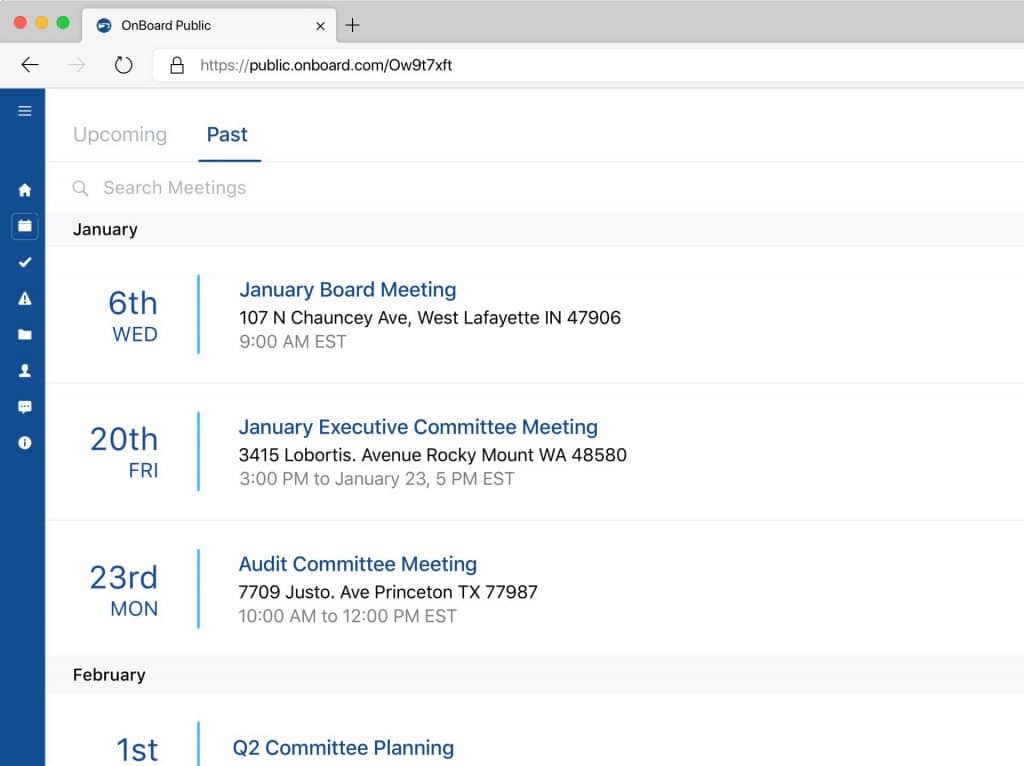 OnBoard centralize all information and enables you to create one single source of truth.

The Solution to Relying on Large, Cumbersome PDFs

Before implementing OnBoard, creating board packets was a time-intensive process. Jason would send Sheri documents and information he wanted included in the board packets during the weeks leading up to the board meeting.  She would put everything into a folder on her own computer, compile them all into one massive PDF, and then upload it to Adobe Document Cloud. Because of the large file size, Sheri would then have to email a link to each board member and hope they were able to download the board packet PDF.

This process was not only inefficient, but unproductive. Sometimes, board members’ downloads would fail. Other times, they found themselves having to spend too much time scrolling through a large, cumbersome PDF. The IT department also got in the act, expressing concern over the security risk of potential data breaches.

OnBoard made the process far more efficient. The need to produce such a massive PDF is gone. Now, when Jason sends documents for the board packets throughout the month, Sheri continually updates the board packet using OnBoard’s Board Book Builder.

“I start creating the board packet right away in OnBoard as soon as Jason starts sending me items that he wants included in the board packet,” says Sheri. “By the time the board meeting rolls around, anything that’s come up during the month such as consent agenda items, committee reports, and information articles are already right there within OnBoard.”

“Before, I would send out the download link maybe two days before the meeting because it took me that long to compile all the information into one large PDF,” Sheri says. “Now, if we have an article at the beginning of the month that we want the board to read, I put it up in the board packet and leave it there. They come more informed with questions and ready for discussion because they’ve already been able to read it.”

The Solution to Sharing Documents and Limiting Access When Necessary

Prior to implementing OnBoard, accessing critical documents sometimes would prove to be a challenge. Emails would get lost and attachments were difficult to open. Now, Sheri simply creates a Resource Folder and uploads the necessary documents to it.

“The resource section of OnBoard is a life saver,” Sheri says. “If the trustees need to reference documents, they just go to the Resource Folder and it’s right there instead of somewhere on my hard drive. That is very good.”

The Resource Folder has also proven invaluable when the board goes into private, executive session. Sheri recalls a recent board meeting where this happened.

“During the executive session, they were able to reference all the files they wanted because I had made a folder in the Resources section ahead of time,” Sheri says. “And because this was in executive session, we didn’t want just anyone to have access to it. I was able to set different levels of permission on it so just certain people could access it.” 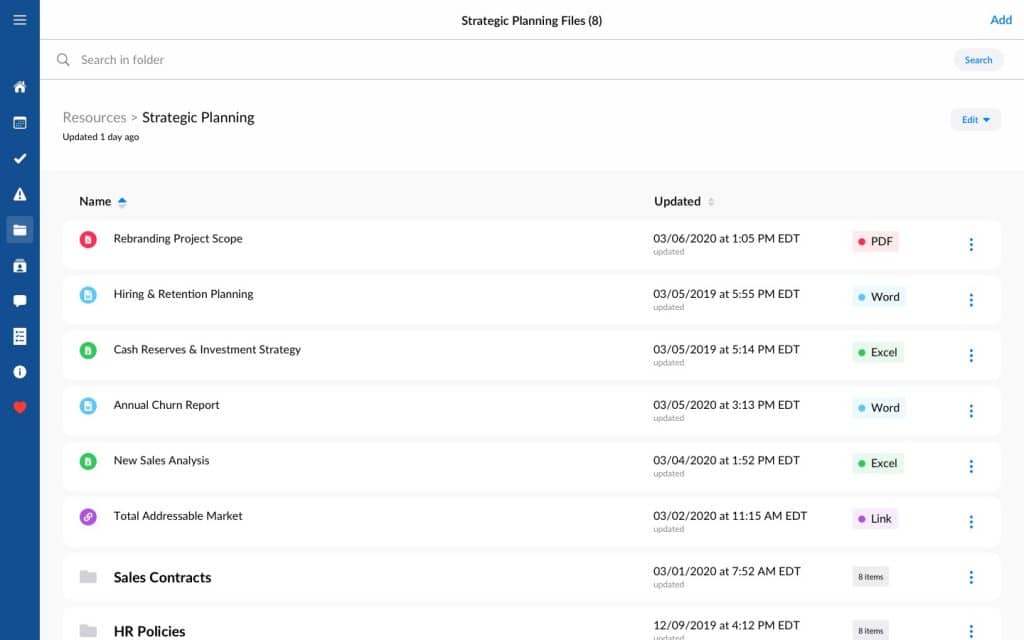 “The resource section of OnBoard is a life saver. If the trustees need to reference documents, they just go to the Resource Folder and it’s right there instead of somewhere on my hard drive. That is very good.” 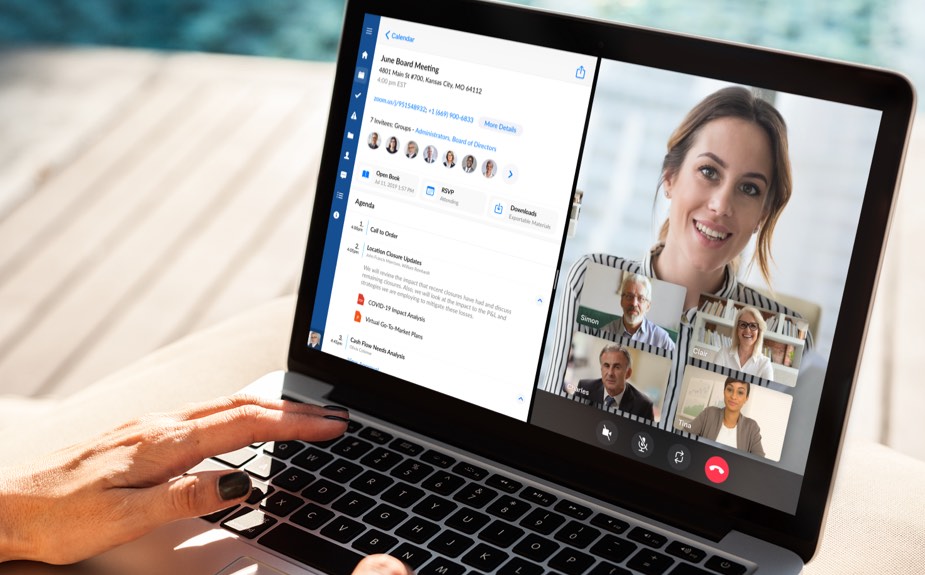 The Solution to Switching to Virtual Meetings

Before 2020, the board held physical, in-person meetings on a monthly basis. Since the outbreak of COVID-19, meeting in person has proven impossible.

“Pre-COVID, the meetings were easy,” Sheri says. “It was easy to sit around a table and visit and discuss things. Then all of a sudden, everything had to change. We had to immediately switch to virtual meetings.”

Brookings Health System’s information security policies and firewall prevent anyone – including the board –from using Zoom. The board uses Cisco’s WebEx instead, precluding it from using OnBoard’s built-in native Zoom integration. Still, Sheri believes the timing worked out well for all involved.

“Luckily enough, we came on with OnBoard just before COVID-19 hit,” Sheri says. “It seemed like a really great thing especially after we knew that everything was going to be virtual from then on.”

Brookings Health System has come a long way since Sheri had to hand-deliver paper board packets by courier or electronically send large, cumbersome PDFs. The upgrade to OnBoard represents a quantum leap forward in productivity and efficiency by:

Since Jason leads the monthly board meetings, Sheri’s increased efficiency has also made things easier for him as well. “I think it’s made life easier for him knowing that OnBoard’s made me more efficient,” Sheri says. “Seeing all of those documents in the right sections of the agenda and just needing to click on each section to view them is a very good thing.”

Sheri doesn’t see her future not including OnBoard.

“It’s a great platform for us to have our meetings on,” Sheri says. “Everything is very efficient and runs smoothly. I don’t see us ever not having OnBoard.” 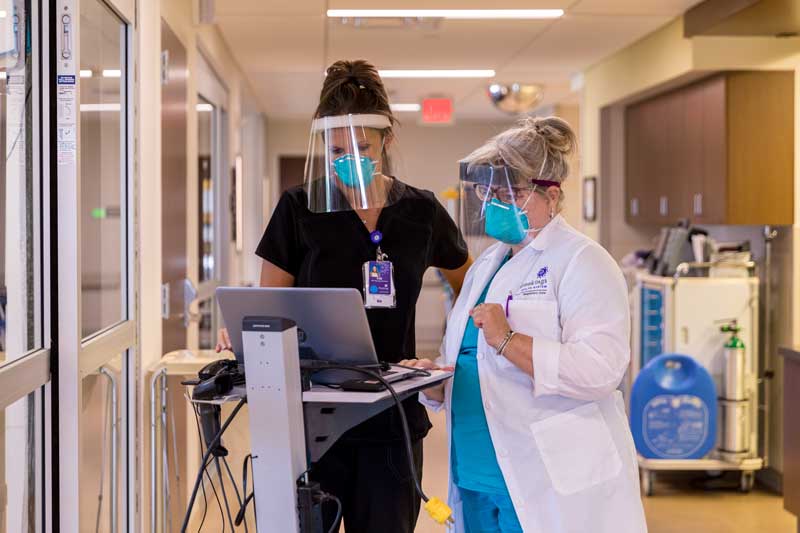 “It’s a great platform for us to have our meetings on. Everything is very efficient and runs smoothly. I don’t see us ever not having OnBoard.”
– Sheri Wiig
Administrative Assistant, Brookings Health System

Get Started With OnBoard